Are you looking to partner/business with GS Caltex

How to Choose Between Synthetic and Conventional Engine Oil? 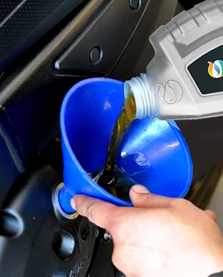 How to Choose Between Synthetic and Conventional Engine Oil?

Choosing between synthetic oil and conventional engine oil can be confusing until you know about them. Conventional oil was considered best until the introduction of a high-performance engine that needed a superior engine oil to prevent its wear and tear and offered superior performance. Synthetic oil fits the bill perfectly for long-lasting maintenance and performance.

But the drawback here is that synthetic oil is costlier than conventional oil, which forces many to rethink their choice. So here is a comparison between these engine oils to make your choice easier.

The conventional engine oil is the crude petroleum oil refined several times over and added with a few additives for better functioning. This oil is chosen over the other options by many because of its affordability.

The biggest drawback of conventional oil is that it needs to be changed frequently. Even though it sustains higher temperatures, it gets decomposed and evaporates just as quickly.

The decomposition and the crude nature of the oil produce more sludge that can clog the engine. 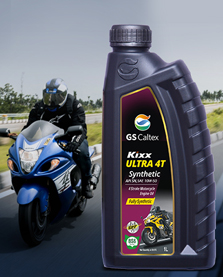 Synthetic engine oil uses a superior grade base and many other man-made components in the form of additives and other ingredients. The formulation gives it evenly sized and shaped molecules that offer uniform performance, better circulation, higher sustenance, and better compatibility with the climate changes.

The only disadvantage of synthetic oil over conventional oil is that it is expensive. Even if the price range is high, it does not nullify the fact that synthetic engine oil can perform better than conventional oils and most importantly, protects the engine and enhances the life of the engine.

Modern automakers are relying more on the power of the engine rather than the size. This change requires it to work quicker, smoother, and longer. All of these are possible when there is equally well-performing engine oil to lubricate and maintain the engine parts. The comparison here shows that even though conventional oil has its perks, synthetic oil has a far better reach to be the clear winner.